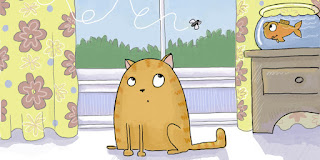 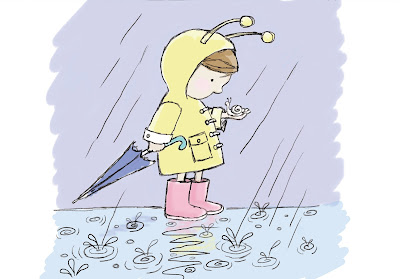 A wedding, three more grand babies and two retirements.  My husband and mine.

I have started to draw once again.

Posted by Denise Clemmensen at 11:01 AM No comments:

It has been a busy year.  Lets start with the most important.  In  March, I became a grandma for the first time. 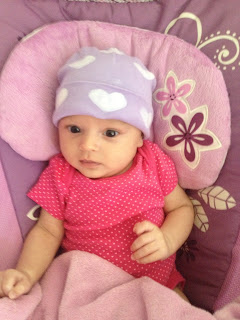 
In May, I became an in-law for the first time and also a step-grandma to two lovelies. 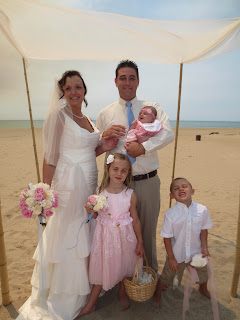 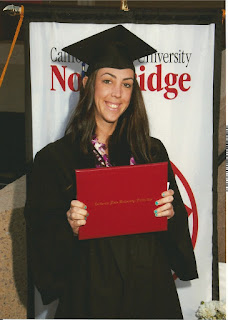 Also in May my daughter graduated college yeah!

In February,  I was host to a huge baby shower.  Which was a lot of work and planning.  Juggling the shower planning and art work was tricky.

June was time for the Pasadena Chalk festival again.  I continued my support for team Jen Swain.
This year Jen's design from last year was chosen for the promotional art.  it was on the banners, hand outs and on the tee-shirts.  Very cool. 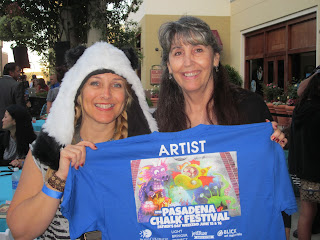 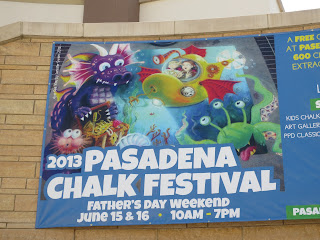 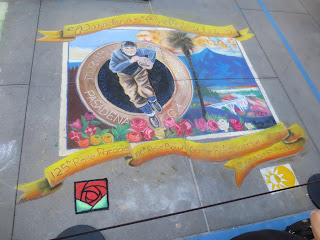 This year we did two chalk paintings.  One was sponsored by the City of Pasadena and the other was Jen's design, a take off of "where the sidewalk ends."  I couldn't stay till the end on Sunday, being my son's first Father's Day so I didn't get to see it finished.  I am hoping Jen will send pics. 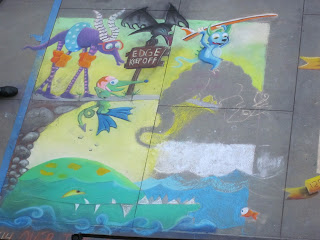 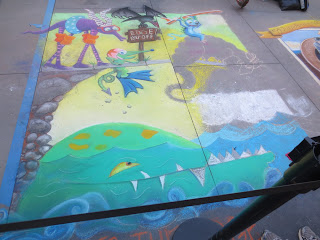 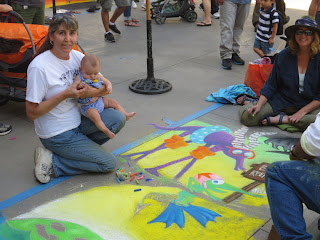 Here I am with my helper.

Work wise, last August, I started on a project to do the artwork for an app.  I am not allowed to talk about it yet or show any pictures.  All I can say that it was way more involved than I thought it would be.

I am also doing some character designs that I am not allowed to talk about or show any pictures either.

So far my ad in the Directory of Illustrators has been a big zero.  Not even a phone call.

My son moved out of the house sometime in May last year ( I know he has made up for lost time) leaving a bedroom empty or sort of empty.
So, I moved my studio from the corner of my family room, where I have been for eons, into a new freshly painted studio.  My husband painted it for me, the room was bright red. I usually help when there is any painting to do, but with the big project I let him do all of the work.  I found a used drawing table on Craigslist that came with a tall swivel chair. 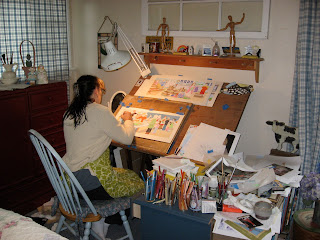 Me in the corner of the family room.  Thank goodness it is a pretty good sized room. 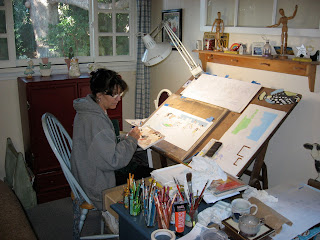 With my old antique drawing table, very crowed.  Cool table though.
West facing window.  In the afternoon I would have to pull the drapes shut. 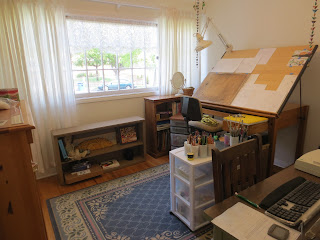 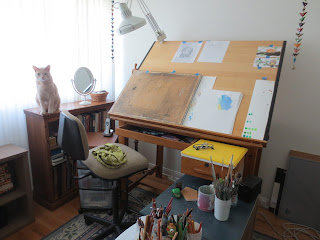 The new art studio. Ta dah.  Still needs a little TLC.  Nice big window, lot of natural light even though it is an east facing window,  thankfully there is a tree out side that shades the window most of the morning.  The room is in the front of the house, so it is a little weird that people walking by can see me working.  Here is my nice big drawing table and chair.  I am still getting used to the new set up, especially that swivel chair.  It is not as roomy as I thought it would be and a little lonely, but no interruptions when someone wants to watch TV.
Do you like my supervisor?


I think that is it.  The big app project is finally done.  My knowledge of Photoshop is always growing and with doing this app it has grown by leaps and bounds.  I will post when the app is available on the app store.


Posted by Denise Clemmensen at 1:52 PM No comments: 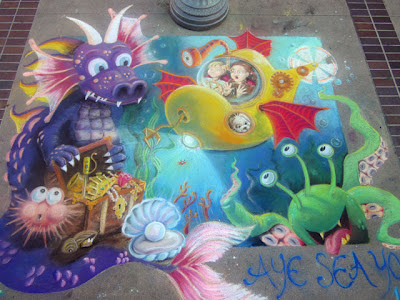 It is that time of year again,  Father's Day when I help out my friend Jen Swain at the Pasadena Chalk Festival.  Lots of sun exposure and sore legs.  ( I could hardly walk for a week)  This year I was unable to work the second day.  Jen and Leslie did most of the chalk painting.  They did a fantastic job! So far just the one picture.
Posted by Denise Clemmensen at 9:40 AM 2 comments: 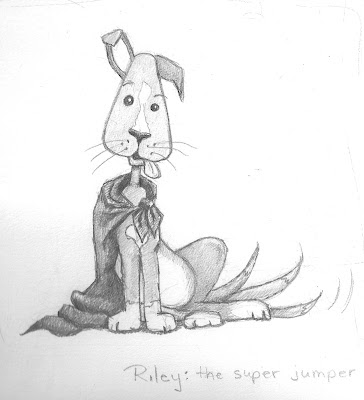 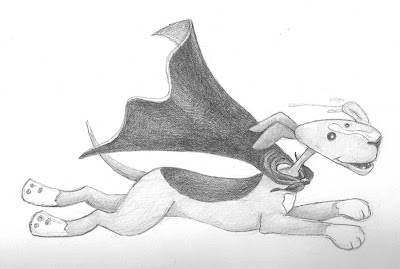 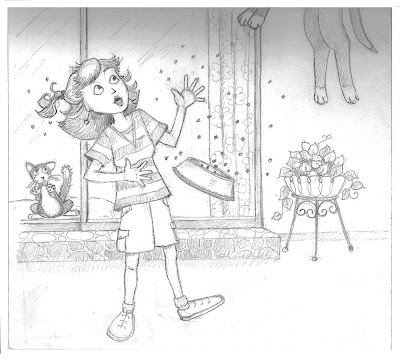 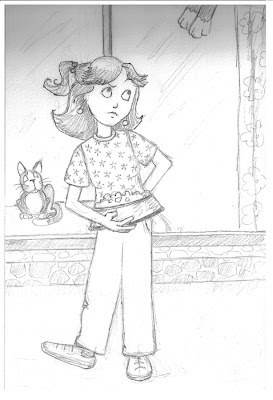 A few years back we rescued a dog from the shelter. Riley, sweet dog, but what a jumper. In fact he's a super jumper. I have been going through some of my old sketch books and found these sketches that where inspired by Riley. At the shelter we were told that Riley's previous owners had to move and could not take him with them. When we got him home and he started jumping non stop on us, we started thinking maybe they didn't move. With a lot of hard work on our part, he has improved.
Posted by Denise Clemmensen at 2:03 PM No comments: 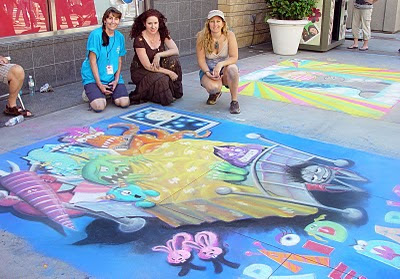 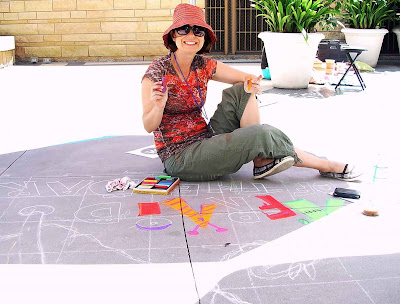 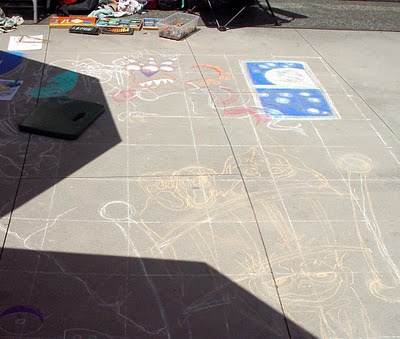 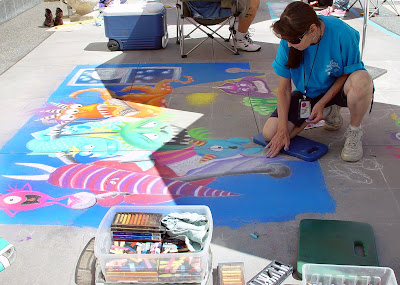 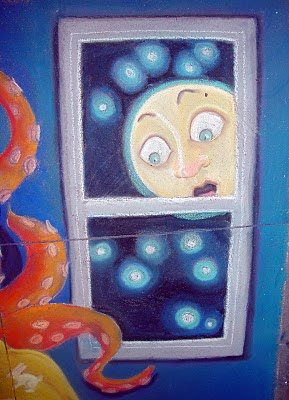 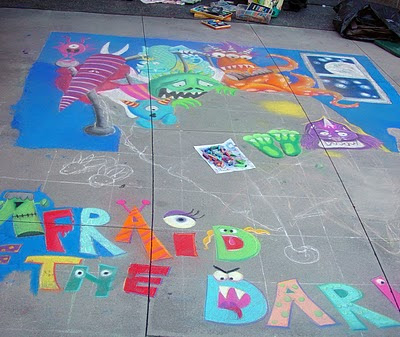 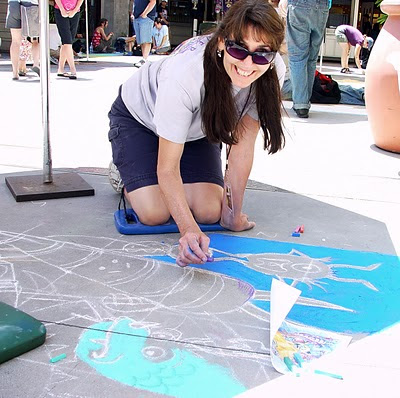 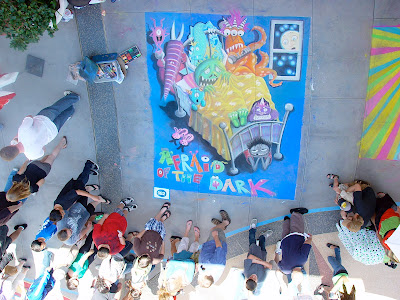 The Pasadena Chalk Festival this year made it into the Guinness Book of World Records for the most chalk painting at one location. 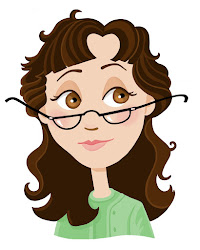 SCBWI So Cal Member over 20 years